The modern age has observed an impactful decline in prescribed medicines, with more users shifting towards natural and recreational substances to alleviate pain and anxiety. The primary factor that determines the popularity of these substances is their minimal or no side effects. One such drug is magic mushrooms.

Magic mushrooms have a rich history when it comes to rituals and practice. They were a part of religious traditions centuries ago in regions of Africa. However, nowadays, people consume this psychedelic supplement for its blissful experience. The active ingredient present in magic mushrooms – psilocybin – plays a vital role in affecting an individual.

The ingredient is responsible for forming saturated patterns and colors that give rise to creative ways of thinking. Such a process often leads to hyperconnection behavior amid the brain. Therefore, this enables other body parts to get in line with the brain and experience the profound and psychedelic effects of magic mushrooms. Since a user always expects more from a recreational drug, it’s important to know that microdose mushrooms can also improve and enhance your overall personality by grounding the ego levels.

Along with these factors, there are several potential health benefits of consuming magic mushrooms. A lot of shroom users have also compared the drug with the likes of CBD for similar benefits and effects.

1. They can Alleviate Anxiety and Depression.

Depression and anxiety are common problems but leave a considerable toll. Not only do they affect you mentally, but they also deteriorate the health of your physical wellbeing. At times, the constant overthinking and proactive thought process can lead to an increase in anxiety levels. Magic mushrooms, however, tend to affect the serotonin levels. This chemical is responsible for fighting symptoms that lead to anxiousness.

The active ingredient present in magic mushrooms communicates and binds to the prefrontal cortex and serotonin receptors to limit the flow of negative thoughts. Such communication results in positive thoughts and leads to more profound ways of living without having to deal with increasing anxiety and depression.

1. They can Fight Addiction Withdrawal.

It is not uncommon for people to build substance or smoking addictions, which leads to unhealthy patterns. These patterns, however, make an individual adapt to them. In such cases, psychedelics like magic mushrooms can help. One of the pilot studies stated that the active ingredient present in the drug considerably refrained a user from smoking after a year of the follow-up period.

Additionally, the drug can tackle substance consumption disorder, which includes the likes of cocaine, nicotine, and alcohol addictions. What these addictions do is they narrow the mental repertoire, making the user stick to patterns adapted by the use of substances, which in turn,  leads to addiction.

In therapies led by psilocybin, the regular addictive pattern gets intervened. The process, in a way, helps create mental plasticity, enabling users to step out of the addiction-built patterns.

As human beings, we tend to close down after certain events or experiences and choose to stay the same way for the rest of our lives. In a way, we block ways to connect with the environment and the people around us. This process usually shuts down potential opportunities. Psilocybin, however, can help with this significantly.

A study done in the year 2011 found out that the psychedelic drug increases the level of openness, which helps in improving creativity, spiritual awareness, and imagination strength. More than 60 percent of the participants in this particular study experienced a significant rise in their open connections. Moreover, such an effect remained for over a year amongst them. The active ingredient of magic mushrooms makes you feel light, enables you to connect more with your surroundings, and increases your creativity levels.

This is a result of the neurological change that the drug makes in users. Thus, a regular dose of magic mushrooms can make a massive impact.

1. They can Limit your ego.

Our ego levels limit us from accepting new experiences and people. While we develop the trait over the years, it is essential to ground it in order to experience new encounters. However, psychedelics like magic mushrooms can create a distinction between experience and ego by grounding the sense of self.

Psilocybin, which is the active ingredient present in the spore-based fungus, fights through the negative patterns in an individual and can give way to new life perspectives. One such study states that the loss or death of the ego can benefit a user in a positive context, which in turn, makes you feel alive and connected.

Mushrooms are a psychedelic supplement that lets you interact with an unfamiliar personality of yourself and lets you connect more. Such effectivity leads to explorative changes and also benefits in many ways, as discussed above. However, before planning to introduce magic mushrooms to your everyday life, consult with an expert. 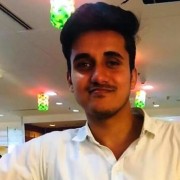 CBD for Your Feline Friend

What should we pay attention to when using CBD? CBD beginner’s guide