Have you been hearing the term moon rocks going around lately? If not, then you’re about to. Moon rocks are a relatively newer product in the world of Cannabis. If you’ve ever come across one, then it is self-explanatory as to how it got its name. The recent years saw speculation about banning delta-8 THC due to its similarity to delta-9. But, these words may only sound similar, but they have a lot of differences between them. Let’s get into detail about delta 8 hemp moon rocks and why it has been around so much buzz.

What are delta 8 moonrocks?

Delta-8 Moonrocks are hemp flower buds sprinkled with Delta-8 distillate and rolled in CBD or CBG kief. In simple language, hemp and marijuana plants are processed into making delta-8 which contains cannabinoids such as CBD, CBG, etc. The combination of delta-8, CBD and CBG, makes consuming it a one-of-a-kind experience.

Difference between delta-8 and delta-9

The similarity between these two cannabinoids lies in their chemical structure and their name. But the primary difference is that delta-9 gets you to experience psychotic effects and the ‘high’ associated with marijuana, while delta-8 doesn’t.

The extraction process for delta-9 is pretty cheap. That is because that cannabinoid can be found in the cannabis plant in abundance. So, the process is relatively simple. On the other hand, extracting delta-8 is a great deal of effort. It is synthesized entirely from CBD with the help of solvents because there are very few neutral delta-8 present in the Cannabis plant. This process is although expensive but has made the process easier. As a result, delta-8 is derived from hemp instead of marijuana.

Talking about its effects, delta-9 is considerably more potent than delta-8. It is also believed to be twice as strong. However, users have also said they experience ‘high’ but not as strong enough to lose motor functioning. The user may experience many side effects such as paranoid delusions, memory loss, and impaired motor functioning skills. On the other hand, delta-8 is said to provide a much soothing experience. People feel very calm and relaxed after consuming it. They feel less stressed and more flexible.

The current legality of delta-8 THC products was called into question when Stephen Paul from the Department of State Health Services testified during the hemp hearing. He testified that DSHS considers delta-8 THC illegal under current state law.

Owing to the 2018 Farm Bill, the consumption of THC, CBD, and delta-8 was legalized by federal law. However, we recommend delta8, it is still something that experts and lawmakers do not universally prefer. The federal and state laws are strictly against recreational and even medical use of high-THC concentrated delta-9. It is illegal to use it for any purpose. But these rules vary from state to state.

Delta-8 and other THC products were to be made illegal with the passage of Texas House Bill 2593. Last month, the provision that would make them illegal was stricken from the voted-on legislation. According to the Texas House Bill 1325, an individual can use products with less than 0.3 percent of THC.

With the endless efforts from delta-8 vendors and the Texas Hemp Federation, it revoked the bill to make consumption of delta-8 illegal. Hometown Hero, a veteran-owned business, teamed up with various advocacy groups and sellers of the product to prevent it from passing. After there could not be an agreement between the House and the Senate, the bill died.

Currently, the Texas Legislature is coming to the end of their 2021 and still working through several bills aiming to do things like the expansion of research into the medicinal properties of the psychedelics, also expand the THC level allowed in recreational use of medical Cannabis, and also decriminalize the possession of marijuana. Each of these bills remains in different stages with the deadline coming closer, but at least one looks at an added agreement during the debate to add laws in the state concerning the levels of delta-8 THC allowed in products and delta-9.

The general public considers regulation as a far better approach to move ahead with laws concerning delta-8. At present, the delta-8 market is relatively unchecked and unregulated. Many people demand the institution of reasonable regulation and not simply prohibit the product. It’s a collective effort from people favoring legalization who make sure that people are well-educated about driving under its influence, which would remain illegal, and age requirements to protect children. Similar regulations are in place for alcohol consumption and should be imposed for THC as well.

Many people have stated that delta-8 brings them to a state of overall well-being because the cannabinoid receptors are directly involved with homeostasis, which is the body’s natural resting state. Other benefits include people feeling energized, well-rested and clear-headed. They even mentioned getting rid of nausea that was caused by alcohol hangovers.

According to recent research, delta-8 THC helps produce an element in our body called Acetylcholine, a neurological function responsible for cognition, memory, and arousal.

Moonrocks are very convenient for people who want to get instant relief from their medical problems. It helps you treat issues such as anxiety, depression, chronic pain, etc. People who have been suffering from low libido also tend to look towards delta-8. It may also help to treat menstrual pain and cramping relief.

As a beginner in the Cannabis industry, moonrocks may not be the ideal choice for you, as it is super potent. There are benefits and the presence of multiple cannabinoids in one product. As moonrocks are smoked and vaporized, they enter our lungs within minutes. So, if you are someone who is comfortable with something much stronger than a traditional plant, then moonrocks might be a good option for you. Before consuming any Cannabis product, be it CBD or delta-8, always make sure to consult your doctor to avoid any potential adverse reaction that might happen due to any previous medications. 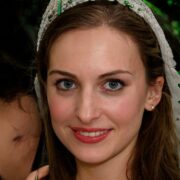