This article will look at CBD vs. CBN; how are they different, and what can we expect from them?

What is CBN and CBD?

Cannabinoids are chemical compounds that act on cannabinoid receptors found in the human body, brain, and central nervous system.

CBN and CBD are both cannabinoids derived from the cannabis plant; they are becoming increasingly popular for their therapeutic benefits. People are looking to these cannabinoids as potential treatments for various symptoms, including insomnia, chronic pain, anxiety, multiple sclerosis, epilepsy, and more.

There are a few key differences between CBD and CBN that we’ll explore.

How Are They Produced?

CBD is derived by decarboxylation of extract from cannabis plants. Mostly hemp plant is preferred for CBD production as it is high in CBD with low to no THC.

CBN is a product of THC degradation. When THC is exposed to heat and light elements, it slowly converts into CBN, making CBN most prevalent in aged marijuana strains.

How They React In The Body?

Both CBD and CBN react with the CB1 receptor in our endocannabinoid system, but the affinity and process are quite different.

As a by-product of THC, CBN is a CB1 receptor agonist. Meaning it attach and stimulates the receptor, but the affinity is much lower, so it doesn’t have the same psychoactive effects as THC.

On the other hand, CBD is a non-agonist, meaning it doesn’t attach to the receptor. Instead, it indirectly influences the receptor.

The psychoactive effect of cannabinoids depends on the percentage of THC in the product, responsible for the euphoric ‘high’ effect.

CBN is a mild appetite stimulant, and it’s beneficial for patients with AIDS, Cancer, and other diseases that cause low appetite.

CBD, on the other hand, is more of an appetite suppressant. It’s even known to help weight management by reducing the urge to snack.

Both cannabinoids have rewarding effects on sleep disturbances, but as a stand-alone, CBN has gained a reputation as a powerful sleep aid.

CBN is way less researched than CBD, and it isn’t easy to make any concrete claims about its health benefits. However, some similarities have been observed.

Both cannabinoids seem to have anti-inflammatory and analgesic properties. They also appear to suppress muscle spasms and are effective treatments for anxiety and stress. They are also being explored as treatments for other conditions like multiple sclerosis, epilepsy, and chronic pain.

It’s important to note that more research is needed to determine the full range of benefits and side effects of CBD and CBN. However, the early results are very promising. 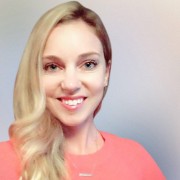