“The industry’s first licence renewal and expansion will enable Helius to produce New Zealand grown and made medicinal cannabis products – something Kiwi patients have been waiting for since the inception of the Medicinal Cannabis Scheme. It’s an exciting milestone,” says Carmen Doran, chief executive of Helius Therapeutics.

Every New Zealand GP can now prescribe medicinal cannabis for any health condition, with Kiwi-manufactured products using imported active ingredients available for the past six months.

“Right now, you can go to your doctor and get medicinal cannabis products that are New Zealand-made. However, accessing both locally grown and locally made products is even better news for Kiwi patients,” says Ms Doran.

The licence expansion follows Helius signing a multi-million-dollar supply deal in January with New Zealand’s largest and only organic certified medicinal cannabis grower, Puro. It will see over 10 tonnes of organic dried flower supplied to Helius over the next five years – the equivalent ofapproximately five shipping containers.

At the end of this year, Helius will unleash its exporting strategy. Ms Doran says the expanded GMP licence together with the supply deal will give the company the necessary scale to launch premium Kiwi grown and made products overseas.

“New Zealand’s GMP Certificate is recognised throughout Europe and many other countries around the world, opening up considerable export possibilities.

“With the global medicinal cannabis market expected to grow to over NZ$60 billion by 2025, our nascent industry has the potential to become one of New Zealand’s largest export earners,” she says.

Earlier this month the Government announced that Helius would work alongside Puro on research and development and the creation of an organic manufacturing road map. The five-year workstream is part of a $32 million project to accelerate the growth of the country’s new medicinal cannabis industry and highlights strong government support for it. 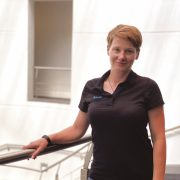 Chief Executive at Helius Therapeutics. Helius is a focused on medicinal cannabis research, innovation, manufacturing and commercialisation. It is the country’s largest licenced producer and the first medicinal cannabis cultivator to be certified as New Zealand Grown through Buy NZ Made Campaign. The company operates a state-of-the-art, integrated facility in Auckland with indoor controlled growing systems, extraction site, an advanced cannabinoid research laboratory and manufacturing. Following changes to New Zealand’s regulatory environment, Helius is poised to set the standard for effective and accessible medicinal cannabis products in New Zealand and beyond. DISCLAIMER
Leave a Reply
Subscribe
Login
0 Comments
Inline Feedbacks
View all comments

Kiwi medicinal cannabis to be exported this year