Original: VAPESAY
Author: Teana Wolf
Important statement: This article is objective and fair, and stand in the shoes of vapers without forgetting the vaper’s original intention.

MOTI concentrates on the best taste to create this ultra-affordable Great Satisfaction starter kit, which is more conducive to attracting traditional cigarette smokers who are still hesitating before joining the vaper group.

The so-called MOTI Great Satisfaction Starter Kit is a kit box with more cartridges and flavors.

The kit includes 1 MOTI device and 3 pods. It not only has the classic pod with the original tobacco flavor in the basic kit, but also adds two popular pods, i.e. sweet watermelon and iced pineapple.

One pod supports 650-800 puffs, which is about equal to the amount of three packs of cigarettes! Three pods or cartridges can help smokers gradually get rid of their nicotine addiction. So for the new users who use e-cigarettes for the first time, they can accurately select, taste and review all the best tastes at once, eliminating the problem of fumbling among so many flavor. And it is a completely a use friendly start kit.

For the old vapers, it’s a long-awaited classic choice, and they don’t need to stock up in batches for taste change.

According to MOTI, the launch of this MOTI Great Satisfaction Starter Kit is actually in response to the needs of many users. According to the best taste selected by nearly one million volunteers of MOTI 50 communities in 2018-2019, the three tastes of original tobacco, sweet watermelon and iced pineapple are the top three most praised tastes, which are also fully consistent with the annual sales taste distribution statistics of MT/MOTI in 2018-2019. So far, the MOTI Great Satisfaction Starter Kit indicates that MOTI has the representative tastes of the brand.

Where to buy MOTI vape

User Rating: Be the first one !
Tags
Review 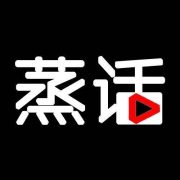 DOTMOD DOTAIO review: A path to be an expert vaper- DirtyCheck No.119