From May 27th to 29th, 2022, MOTI showed up with the latest new vape products at the Vaper Expo 2022, the most influential professional electronic cigarette exhibition in Europe. The exhibition attracted more than 300 e-cigarette suppliers and brands from around the world.

MOTI has always been a top player in the vape industry. We can see from its exhibits, including POD MOD systems, disposable vape pens, and personal advanced products.

What attracts people is not just the stunning appearance, but also its performance.

Also joining the Vaper Expo are the MOTI K Pro and MOTI C Arise. Both of which include the essentials for vaping, the MOTI C Arise creates an affordable option for vapers seeking both playful recreation and a great vaping experience. The MOTI K Pro offers more playability, such as flip the fun(flip the pod to change the vaping modes), visible vaping information on the LED screen, and a rechargeable port.

Last but not least is the disposable series. This time we can see MOTI has brought different disposable vape pens, the MOTI POP, the MOTI PIIN 2, and other new disposable products.

MOTI PIIN series include the light-weighted pocket-size MOTI PIIN and double-sized PIIN Plus, which give customers different choices to cater to their different preferences. This time MOTI brings its new PIIN product, the PIIN 2, which has already gained large repute and orders from customers worldwide.

MOTI is an e-cigarette brand founded in 2018 and the team was established in 2013 with a vision to help people quit smoking. The MOTI team has been active in this industry for years and has developed many innovative vape products. Honored as one of the TOP 10 E-Cig brands in IECIE EXPO many times, MOTI focuses on product development, and improvement based on user experience to continuously provide products that are innovative and user friendly. MOTI owns a high-standard manufacturer team. It also works closely with reliable partners such as SMOORE and VAPORESSO to promote the industry’s move forward.

Bringing different vapers together is MOTI’s steady target in the industry development. Each of its products represents an attitude to life, allowing more people to join the MOTI family. They are the MOTIers. Through this exhibition, MOTI reinforces its commitment to building a better vaping community. The concept of Vape smart and Vape Good is well-delivered to different vaper users. 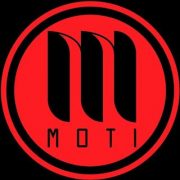 they work very poorly with clients.