Suguo Supermarket is the largest chain supermarket enterprise in Jiangsu. As of the end of 2019, the total number of Suguo outlets has reached 1,700, mainly covering Jiangsu and Anhui, with an annual sales volume of 27.5 billion yuan. It has been among the top ten chain enterprises in the country for 12 consecutive years. It’s among the top four FMCG retail companies in China. With its advanced original technology and superior product quality, Myst Labs stood out among many e-cigarette brands and became a partner of Suguo. After entering, it soon became a popular product in the e-cigarette category.

The new product S1 series launched by Myst Labs in April this year will be stationed in Suguo Supermarket. Myst Labs S1 pioneered the application of MEMS differential pressure sensor chip technology, which can intelligently adjust the amount of smoke according to the smoker’s smoking habits. It is also the first product equipped with a new generation of nicotine technology “Nicotine X”. Its e-liquid contains only 1.7% nicotine, but it still has a high addiction-relieving taste.

Since April this year, Myst Labs, which has expanded against the trend, has successively entered the first-tier shopping malls such as Vientiane City, Vientiane Hui, CapitaLand, Aegean Shopping Park, Intime Department Store, Jinyuan New Lufthansa Mall, etc. across the country. At present, Myst Labs has more than 10,000 retail terminal outlets in China, covering more than 200 cities across the country. In addition, Myst Labs has also opened overseas layouts. Currently, it has entered more than 300 retail stores in the UK and 36 world-renowned large-scale shopping malls such as Manchester Trafford Centre and Manchester Arndale, Sheffield Meadowhall, London Broadwalk, and its products have entered Birmingham as excellent alternative cigarette products. Sales at Birmingham City Hospital and Sandwell General Hospital.

Myst Labs is an electronic cigarette brand created by Dr. Chenyue Xing, the inventor of nicotine salt and nicotine X. It is committed to providing low-hazard alternatives to combustible cigarettes for 1 billion smokers and people around the world. Its R&D headquarters is located in Silicon Valley, USA, and it has established the e-liquid research and development laboratory Myst Labs, adhering to the QbD drug research and development philosophy recommended by the US FDA, and strictly in accordance with the US drug production quality management system (GMP) for production and quality management, and has won many global authorities Professional certification of institutions.
Myst Labs has launched the world’s first slider mouthpiece pod cover design e-cigarette P1, the first S1 and other series of products using MEMS differential pressure sensor chip technology. Currently, there are more than 10,000 retail terminal outlets in China, covering 200+ cities across the country. Sales in the United Kingdom, the United States, Canada, the Philippines, Malaysia and other international markets have continued. 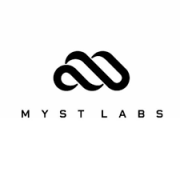 Delight 1 billion adult smokers globally by providing a less harmful, high quality alternative. Founded by the inventor of Nicotine Salt, it is a scientific mission for us to provide a better feature to smokers and people around. DISCLAIMER
Leave a Reply
Subscribe
Login
0 Comments
Inline Feedbacks
View all comments

Reduce harmful sources in vape and return to natural experience