On September 21th, ZOVOO posted a preview picture on its official social media, exposing the exterior contours of its two upcoming products from DRAGBAR series.

According to the preview, the two new products follow the classic DRAG shape and are similar to the previous DRAGBAR R6000, which sold well around the world, but the appearance is surprisingly small and compact.

In the preview released by ZOVOO, several classic elements from ZOVOO’s hot-selling product DRAGBAR R6000 are presented, such as product outline and design, etc.

At the same time, according to the preview, ZOVOO will officially release two new products of the DRAGBAR series on September 26th.

It can be seen from the preview that the new products have an ultra compact and light body with a miniature appearance, which will bring unimaginable lightness and convenience to vapers.

It is not difficult to imagine such a small VAPE product in your pocket that you can carry it around without any burden, satisfying the use of all scenarios and creating a carefree vaping experience.

According to ZOVOO insiders, the new products adopt Mesh Coil to highly restore the taste, which has a superior flavor and better vaping experience. It will be the flagship choice among small puff disposable products!

ZOVOO has been highly praised by the industry since its launch in 2020. Now it has a complete product line covering all user scenarios. The DRAGBAR series is a star series created by ingenuity, from DRAGBAR 600S, to DRAGBAR Z700 GT, DRAGBAR R6000, and then to DRAGBAR B5000 is loved and sought after by users around the world.

Let’s look forward to the two new products that will be launched on September 26 to bring us more surprises and gain market recognition. For more information, please visit https://www.izovoo.com/ and follow ZOVOO on Instagram, Facebook and Tiktok.

Warning: This product may be used in conjunction with e-liquids containing nicotine. Nicotine is an addictive chemical. 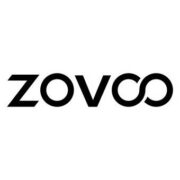