On November 19, 2019, fresh news came from China’s vape circle. Tianfeng Securities Co. Ltd, a well-known securities firm, released a report saying: “It is not expected that vapes will be under the jurisdiction of monopoly products.”

According to the conclusion of the Tianfeng Securities team after meeting with industry experts: from the perspective of upstream production, the State Administration will not “monopolize” electronic cigarettes, known as “vapes,” temporarily. It will only restrict and govern some raw materials, such as imposing an ad valorem tax on the production of nicotine salt or nicotine containing e-liquid, at an expected rate of 20-30%.

At the same time, the state will issue a qualification certificate to qualified suppliers and eligible manufacturers of e-liquid and vapes. From the perspective of downstream sales channels, online sales are still closed as offline regulations have focused on youth prevention and control. Vape cigarettes are expected to share offline channels with traditional cigarettes in the future.

Two weeks ago, a circular from the State Tobacco Monopoly Administration and the State Administration of Market Regulation completely changed the pattern of China’s e-cigarette market. In order to protect minors from purchasing electronic cigarettes, several e-commerce platforms, including Tmall and JD.com, removed nearly all electronic cigarette products within one week.

“For those e-cigarette companies that value online, it’s like breaking their arm,” an industry insider said. “For example, RELX, the top selling brand in the Chinese market will find their position hard to keep.”

Previously, Kate Wang, the founder of RELX, said in an interview with the media: “The proportion of RELX online and offline (Sales) ratio is about 1:2 to 1:3.”

Although the era of purchasing e-cigarettes online has ended, demand is still there.

In China, the production and sale of vapes do not violate the existing laws and regulations, as long as people under the age of 18 are protected. In this country with 300 million smokers, the number of people who vape is about 10 million, while the proportion of people who buy e-cigarettes online is about 45.4%. After online sales were forbidden, how to exploit offline sales channels has become the most important issue for e-cigarette enterprises.

“The competition for e-cigarettes has entered the second half. Speculators are out, solid offline sales channels and high-quality products are now the core sources of competition between enterprises,” Wang Sa, co-founder of Chinese electronic cigarette brand SNOWPLUS, said in an exclusive interview with Chinanet.

“SNOWPLUS will define e-cigarettes as fast consumer goods, and it is the first to open a national convenience store sales channel,” Wang told Chinanet. According to China Business Daily and other media reports, as of November this year, the total number of offline stores with SNOWPLUS products on shelf has reached about 100,000.

“Our new product development is largely based on sales channels,” Wang said. For example, in order to enter the nightclub market, SNOWPLUS has produced the NEON edition that can emit fluorescence in the dark; in order to make smokers and non-smokers get along harmoniously, SNOWPLUS has developed the “smokeless edition.”

At the end of this year, the company will launch the Lite pod system at a price of 79.9 yuan, the most cost-effective pod system in China, targeted at the fast consumption sales channel. Simultaneously, it will launch the PRO product line, aimed at higher-end consumers who often visit exclusive e-cigarette stores.

“Behind the product is the support of technology and research and development software and hardware,” Wang said. “From channel to product, to supply chain, this is a chain. Only with the cooperation of the whole chain, can we form the core competitiveness of the enterprise.”

Mo Zhiwen, technical director of SNOWPLUS vape, said: the company’s 4,000 square meter laboratory built following CNAS standards will also be put into use in the first half of next year, and they have invested more than 20 million yuan in the laboratory.

“The laboratory is equipped with large-scale precision analytical instruments such as inductively coupled plasma mass spectrometry (ICP-MS), gas chromatography-mass spectrometry (GC-MS), ultra high-performance liquid chromatography (UPLC), which are leading in China,” an engineer with more than 10 years of experience in research and development said.

As an import of consumer goods, the safety of e-cigarettes has always been the Achilles heel of the industry. Whether safety can be guaranteed has become one of the core sources of competition between e-cigarette enterprises.

According to Mo Zhiwen, SNOWPLUS is working to reassure consumers with the industry’s most stringent standards for e-liquid companies.

All the used e-liquid will not be put into production until it has passed the three tests of the e-liquid manufacturer, SNOWPLUS laboratory and e-liquid filling factory. At the same time, a traceability mechanism will be established for each batch of e-liquid, and all e-liquid samples will be kept in the laboratory for two years.

In November this year, as a key industrial project, Snow Fog Technology, the parent company of SNOWPLUS, was introduced into Shenzhen’s Guangming district.

“What we value is the technological innovation of SNOWPLUS. At the same time, it’s a company that emphasizes the right values. As a government department, we care about corporate social responsibility,” said a resident of the Guangming district

On the package of SNOWPLUS ‘s new product LITE, there is a large text box stating, “It’s forbidden for minors to use this product containing nicotine.” This tip refers to the Chinese cigarette packaging standards. This is also the first e-cigarette enterprise in China. It’s on our conscience and basic law to protect minors,” Wang said, “And it’s bound to take us further.”

Where to buy SNOWPLUS vape 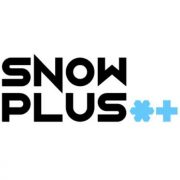 SNOWPLUS is an established leader in China’s vape industry. SNOWPLUS is dedicated to their mission of providing better alternatives to combustible cigarettes for adults and revolutionizing vape culture. Moving forward, the brand is positioned to lead responsible innovation in the field of vaporizer technology with its global vision. SNOWPLUS takes every effort to ensure all products strictly adhere to international standards. SNOWPLUS products have passed numerous rigorous, third-party safety tests and are developed in compliance with global product safety standards. These include China’s QB/T 1506-2012 tobacco flavoring standards, the FDA’s 21 CFR 175.300 E and PMA regulations, as well as the CE and RoHS safety certification standards established by the European Union. To learn more about SNOWPLUS, please visit www.snowplustech.com. DISCLAIMER
Leave a Reply
Subscribe
Login
0 Comments
Inline Feedbacks
View all comments