Since its break into the mainstream in 2009, vaping has quickly grown into a multibillion dollar international industry, estimated at a market size of $15 billion in 2020 and on pace to grow to $18.4 billion by the end of the year. According to leading vaporizer product manufacturers, the industry could grow even faster in light of recent innovations within the space.

A good example of profitable creativity within the vape industry is its recent hybridization with the legal cannabis industry. Where vaping used to simply be a safer alternative to conventional cigarettes, consumers can now vape everything from nicotine to CBD concentrates. An equally exciting development in this new, burgeoning market is the shift away from synthetic flavouring in favour of natural plant compounds known as terpenes.

Terpenes are aromatic hydrocarbons found in flowers, fruits, vegetables — even herbs and spices. In nature, terpenes are vital in many stages of a plant’s growth cycle, such as in warding off herbivorous predators and attracting pollinators.

Within the cannabis industry, terpenes provide the flavours and aromas associated with all our favourite strains. They can also be isolated from cannabis and used in food, beverages or CBD oils. Emerging scientific research has also established that terpenes have considerable therapeutic potential for a range of common conditions like sleep dysfunction or anxiety.

The use of terpene oil is increasingly common within the vaping space, among both product manufacturers and consumers. In this post, let’s go over the disadvantages of conventionally (i.e. synthetically) flavoured vape juices, as well as how terpenes can improve our overall vaping experience.

E-liquids are products that are vaporized and inhaled through an e-cigarette or similar device. Ingredients in conventional e-liquids include propylene glycol, vegetable glycerin, nicotine and synthetic flavoring.

E-liquids come in many different flavors; the most popular flavors include tobacco, menthol, coffee, cola, fruit flavours (e.g. strawberry), and even dessert flavours (e.g. chocolate cake) in order to make them more enjoyable for consumers. In recent years, variations of e-liquids containing THC or CBD instead of nicotine have become quite popular within the space as well.

Synthetic or artificial flavourings have been frowned upon for decades across a range of different industries, largely due to the fact that they contain chemicals known to produce side effects like migraines, chest pain, chronic fatigue and nausea. In the case of vaping, there is even more risk of undesirable chemical interactions involving synthetic flavouring agents — such as in cases of too much atomizer heat applied by the vaping device, spoilage over time or incorrect storage conditions.

The Terpene Advantage for Flavour & Aroma

Unlike synthetic flavourings, terpenes have the added upside of not just providing taste, but aroma as well. Terpenes are naturally occurring plant compounds with flavour and scent profiles that mirror their plant sources (e.g. limonene from citrus fruits, linalool from lavender). This makes them very easy and intuitive to use, even among DIY vapers who mix their own liquids.

Instead of dangerous side effects, terpenes have been linked to significant reduction in the symptoms of common neurophysiological conditions including generalised anxiety disorder (GAD), insomnia and low appetite. For THC and CBD vapers, terpenes even have the added benefit of triggering synergistic entourage effects to increase their potential benefits against chronic pain, stress or inflammation.

Whether for nicotine or cannabis compound vaping, terpenes carry less risk of side effects and better potential for enjoyable flavours when compared to synthetic compounds with unpronounceable names. This is why vape industry consumers are shifting away from conventional e-liquids and toward terpene-infused ones, both in retail outlets and in the kitchen. 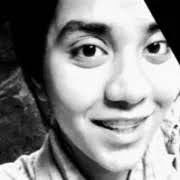